Six Southeast High School students learned Saturday that they have qualified for this summer’s National TSA Competition. In four years of being a TSA member, Southeast has sent students to Nationals all four years, and for the past two years has taken both 1st and 2nd place in video at the State competition.

The students were in Salina this week for the Kansas State TSA Competition where the team of Caleb Fenimore, Colton Paasch and Caleb Thompson took 1st in Digital Video to qualify for Nationals. This is senior Thompson’s 3rd straight state championship in Video Production.

The team of Jake Burns and brothers Bryson and Kyler Spahn took 2nd place in Digital Video to qualify for nationals. This is the 2nd straight national qualifier for senior Bryson Spahn.

Southeast TSA sponsor Brad Coots said this was the school’s first year competing in both Children’s Stories and Photographic Technology. Mr. Coots said it can take some time to get used to new events but he was impressed with Daisy Burns and Laura Ridings for placing in the top 10 of the state their first year in the competition, especially since they had just started using Photoshop in the classroom last week.

The Southeast TSA and Southeast SkillsUSA teams will now prepare for the upcoming Great Gorilla Games to be held at Pittsburg State University on April 12.

Students will also be raising funds to help offset the cost of the trip to the 2016 National TSA Conference to be held in Nashville, Tennessee from June 28 through July 2. If you are interested in donating to this cause please contact Mr. Coots at Southeast High School at 620-457-8365. 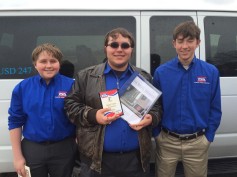 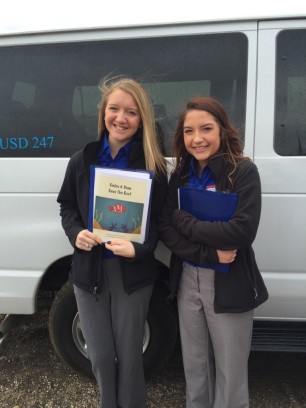 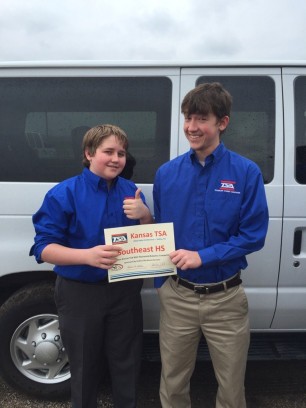