The Yearbook staff at Southeast High School recently learned their 2015-16 book was awarded the National Yearbook Program of Excellence from Jostens. The honor is given to schools whose yearbook includes a majority of the student body that year, is sold to a high percentage of the school and is produced efficiently, meeting deadlines to ensure the books can be delivered in a timely fashion.

Sponsor/teacher Cherie Witt was presented with a plaque and banner, which will be hung up at the school for all to see. Members of last year’s Southeast Yearbook staff were Adam Martinie and Olivia Sullivan, who just graduated from Southeast; current seniors Elizabeth Fornelli, Kyra Stewart and Bailee Ulery; and current sophomores Caitlin Low, Eric Underwood and Hannah Williams.

This is the second time the school has received this national honor under Mrs. Witt, who is now on her 6th yearbook for SHS.

“Honestly, every year I feel like we do it well, it’s just that some years I think we’ve done it more efficiently than other years,” Mrs. Witt said. “I don’t feel like last year felt any different.”

What may have been the difference for the 2015-16 is that Southeast has totally reworked the concept of how they put together their yearbook. The school district provides the Yearbook staff with laptops, and Jostens donates one new camera every three years, but beyond that the program is mostly self-sufficient.

“We pay off everything ourselves so we raise all the money on our own – we sell all the business ads, the senior ads, everything to pay for our own yearbook. It’s over $10,000 to do this yearbook and we’ve figured out a way to sell $5,000 in ads and at least $5,000 in yearbooks – that’s what covers it.”

The more pages in the yearbook, the more the cost. So in recent years Southeast has worked with their Jostens representative, Tom Shields, to reduce the number of pages.

“We don’t need as many pages as we’ve needed in the past,” Mrs. Witt said. “A school our size usually has about 90 to 100 pages. We have 103 pages this year down from 140ish a few years ago. We’re getting closer to where a school our size should be for a yearbook.”

Reducing pages forces the students to rethink how to layout the pages.

“We had to figure out what pages can be cut, what can be redesigned so that we can shrink them – instead of using four pages, using only two. So we basically had to redesign the yearbook concept we had been using in the past. But it saved us money.”

Mrs. Witt believes their 2011-12 yearbook received the national recognition because staff did everything they could to make sure as many students were shown as possible.

“We made sure everybody was used equally, like, they got at least three pictures in the book.”

Tracking how often students are used is surprisingly simple. A list of every Southeast High School student is printed and staff marks each time a student is used. When a student is used three times they highlight through that name so that they know they no longer need to go out of their way to get that person.

“Some kids are involved in everything so they’re going to be in the book a lot, but those other kids we need to make sure they’re in as many times as we can get them in,” Mrs. Witt said. “We also made a list of the kids that weren’t in any of the clubs and we were like ‘go get them – we’ve got to get them doing something.’”

The process of creating the yearbook begins before the school year starts. In July, students start selling business advertising. Shortly after the school year begins, staff meets with their Jostens representative.

“We go to Jostens in the morning – we get all of our ideas, we get the cover laid out – we sit and do all of that with the Jostens rep till noon,” Mrs. Witt said. “Then in the afternoon we plan the rest of the whole yearbook. We sat in Starbucks for two hours at the beginning of the school year. We planned the whole entire year. We plan the theme. We plan the layouts. We plan the deadlines in order to hit everything that Jostens requires we do. Once we set the deadline, we have to hit those pages by then.”

Mrs. Witt said meeting these deadlines is crucial because it costs more money if they are not met. Even worse is if an item is turned in but a mistake is later found and it has to be resubmitted. She said she, the students and Principal Malle all look at the pages before they are submitted, but mistakes can happen.

“One year we spelled ‘Southeast’ as ‘Southeat’ and I’m like ‘are you kidding me? I know we like food but come on, we can’t leave the ‘s’ out! So we had to pay for that one. But we’ve only had to do that once or twice so we’re very efficient honestly.”

Southeast has already met their first deadline. Earlier this month Fall Sports and business advertisements already under contract were due. Now, the staff is working on the student portrait pages as well as any other activities that come up before the Christmas break.

Mrs. Witt said their Yearbook Sales Push will begin after Christmas break and the Senior Advertisement letters just went out to senior parents.

“They should have literally just gotten the Senior Advertisement letters so if they want to send a note, a baby picture and senior picture to compare, or whatever, they have until Friday January 7 to turn those in.”

Mrs. Witt said any Southeast senior parent who did not get that letter can email her at cwitt@usd247.com 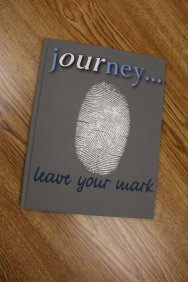