By placing 15th at the Class 3A Cross Country State Meet on Saturday, Jessie Jenkins is believed to be the first Southeast girl to medal at State. Fellow sophomore Tanner Craddock took 46th to place in the top half of the boys competing at the meet, and is believed to have one of the highest finishes by a Lancer in the Boys State Meet.

After her race, Jenkins was overwhelmed by the support of her team, her school, and her community.

“For me, it makes it easy for me, all of the support – I would never imagine the superintendent, our principal, some members of our community to come out and support me and Tanner,” Jenkins said. “This sport is…”

It’s at this point Jenkins begins to get choked up. Less than six months ago, SHS Head Track Coach Nick Cheney and Assistant Track Coach Laney Lawson convinced Jenkins to try distance running. Lawson is also the Cross Country Head Coach and to that point Jenkins considered herself more of a sprinter. At a small meet late in the season Jenkins finally gave in, ran the Girls 2 Mile, broke the school’s 21 year old record in that first run. She realized she both had the ability and, more importantly, enjoyed it.

“I never would have thought I would be a runner and having two coaches see that potential in me and, oh my God,” she paused, with tears in her eyes as she looked at Coach Lawson, “drag me out to a sport that I never thought I’d be good at, and now I’m here today.”

“You take a kid who’s never done something and they try something new, hopefully that will spark others to be like, ‘hey, maybe I have a hidden talent too’,” Coach Lawson said. “Not only can they do Cross Country, but for other things – to try new things – that’s so brave. (To Jenkins with emphasis) So brave to do that – and not a lot of kids are willing to do that, especially something this hard. But let’s find out what you’re made of because you can do it. It’s hard but it’s so worth it.”

The Class 3A State Meet was held at historic Rim Rock Farm, which is known for its difficulty. It starts with a long straight uphill climb, then a long straight decline, before winding through the wooded hills and ponds.

“It’s, well, I don’t want to say ‘Hell’ because I don’t think you can use that word, but it’s definitely hard,” Jenkins said. “I would never imagine that I would PR (personal record) on this course today, but I did. There’s so many hills. This first mile is over so fast but then the two miles in the woods, it’s just like the longest ever. You feel like you’re running for 50 minutes back there instead of 10.”

“This is all guts and support – you go and it’s hard but you just have to find a way to get past that,” Coach Lawson said. “It’s all heart from there and the support of your teammates and the other people. That’s what’s great about Cross Country is that people from your team are not the only ones cheering for you.”

“It’s everyone – everyone here cheers for you,” Jenkins added. “The support is just amazing. That’s the only word I can use to describe it. Even if they don’t know you they’re like ‘let’s go Southeast’, ‘let’s go white jersey’ – like, it doesn’t matter.”

Coach Lawson hopes the success of their young Southeast team builds for next year.

“I think it’s huge for the program, girl-wise and boy-wise – when you have some success – success breeds success,” Coach Lawson said. “Hopefully we can get some more kids out and try to figure out our program: what works for us? and what can we do to get better so we can start to bring a team eventually? It’s huge, I can’t even put it into words honestly.”

Again, while the school is not for sure, officials believe Jenkins is the first Southeast girl to medal at state. Two years ago, Dietrich Smith became the only boy to medal at State, by taking 10th place.

“Even when I ran for Southeast, I don’t remember a girl placing at State ever,” Coach Lawson said. “I was a place away from going to State when I ran my senior year and that was a pretty big deal back then. So for Jessie to actually come here her first time out, just fresh out of running your first time in Track to be able to come and medal your first time, that’s a big deal. People here are excited. I’m excited. We’re excited.” 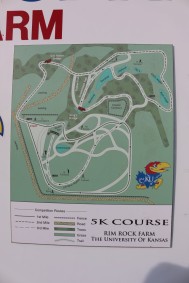 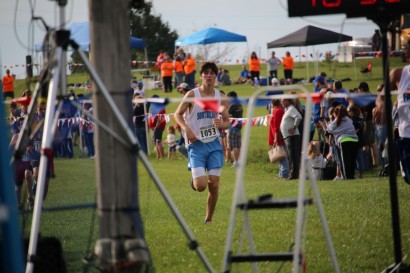 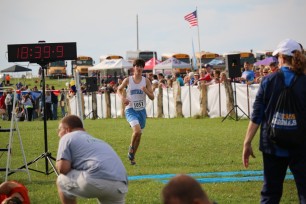 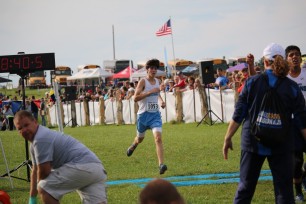 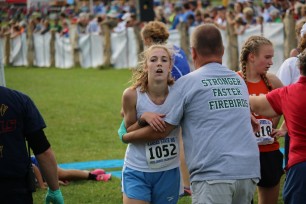 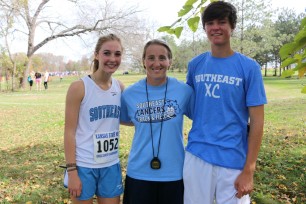 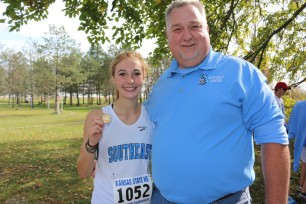 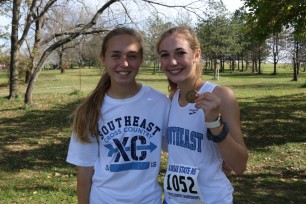